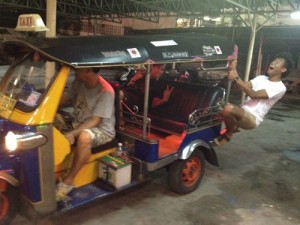 At 11.50pm 1st February 2012, I went into the kitchen to stare at the sky, konon konon to look at the heavens but it was all red. So I decided to look at the cars below to soak in the last minutes of being 40 – like as if the cars will change the next day. In the background, M Daud Kilau was singing Che Mek Molek. Superb feeling.

At 11.55pm, I decided to crap between two ages. So I went to the loo. I came out at 12.05am with no luck. So my first endeavour being 41 was a failure. Nevertheless, the thought of my phone ringing with SMSes spurred me on. And so I waited. And waited…one came in. Mum. Then Dok…Waited…My wifes phone on the other hand was buzzing. Im beginning to think that she may have swapped our SIM cards.

Few FB msgs came in thereafter which made me smile. At last I got some love. In the morning, more came in. More and more. It must had been the following message I posted on FB that may have strike fear into some;

I was kidding. (Yeah right)

And Al-Caliph players started to send me SMSes. Hmmmmm. This was a first. Semenjak bila? But ah, Im not complaining. Happy to received them. I like these kind of surprises. When I received the third one, I asked, “Did Razif tell you guys?” And the answer was yes. Thank you Razif. Ramai jugak nanti datang melawat ye.

Messages were varied and sincere, I can tell. No cut and paste. They were not one liners. At least, 3 THREE SAN TIGA liners. Shy gave a poignant message, some with capital letters to drive home the message. It touched my heart. You know being family and all.

Hakim is getting me “I love Beckham” T-shirt. Whether it is a gift or not, I have to wait and see as he watsapp the price as well. Hope I can get it tonight and wear it to sleep.

By now, Amira was getting annoyed that I kept reminding her that it was my birthday.

JVSS did well in their games and that was happiness.

In the evening, I decided to go to Khadijah Mosque to take advantage of maulud season coinciding with my birthday. Opportunity to see mum and dad on my birthday as well. Dad was not feeling well though so he wasnt there. But I met him after. Mum greeted me with a big smile and kisses and “Sudahlah, cukup kurus.” Then everyone at the mosque greeted me as well. I was blushing although my dark skin fail to show them.

Maulud Dibaie was awesome. I took a couple of videos below. Actually it was suppose to be one but Khai decided to rang me in the middle of it, actually near the end of it. I had to decline his call and continue recording.

I called Khai after and to my surprise he wished me birthday. I said you were the first to call and do this. 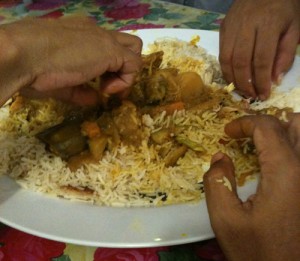 At the end, who can resist Nasi Minyak with dalca ayam. It was my birthday cake! Worried about the cholesterol etc but ah like my cuz Yani says, “Its your birthday, bedal ah!” And I did.

Long time friend Zul Gemok send a message via FB. Always motivational. He says that since life starts at 40, im only a toddler now. And he went on to “Tahtey…Tahtey…” I didnt smile. I laughed!


Then, dam dam dam! At the stroke of midnight, a message came in.

“Happy 21st Bday Mr Brosnan!!” together with the picture you see at the top.
“HAHAHAHAHAHAHAHAHAHAHAHHAHHAHA thanks man but its yesterday ah.”
Gone quiet a little bit…
“Like 10mins ago or 24hour 10mins ago?”
“Heh. 10mins ago.”
“Sorry man, tak ingat dunia. In Bangkok.”

That is Bul for you. One and only. He must have thought he was the first. I wonder how long he kept the photo. Must had been all excited, you know very unique and all. Heh, I love it man. The whole thing. Effort and thought you put in. I love it. And I always wanted to be Remington Steel!! HOW DID BUL KNOW???

All in all, it was a good birthday this year. Low key but filled with love. Thanks everybody, thanks.