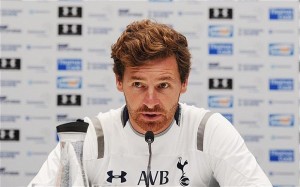 Mr Andre Villa Boas, is your growth in the game being stunted? Or are the players not heeding you for the last 7-9 games? Is that y all of u are playing the same way, exactly the same in all the games?

Did you think that Walker will be effective even though he was sick? Why didnt you change him early in the game when it was obvious he was only 30% of his usual self? Did you think that the opposing team or their world class manager would not be able to see the difference and instruct change of tactics during gameplay to take advantage of this?

Is buying all the midfielders in the world made u poor in ur selection? How is dembele effective moving forward? Is he your new defensive midfielder when the beast, sorry I meant Sandro was sitting…waiting?

How is dembele complementing eriksen when it was obvious eriksen was not getting enuff help? Oh, sorry I forgot. Dembele is defensive midfielder. Paulinho is to help eriksen u say? How? Isnt he a box to box player. Am I wrong? Did u see something that I see differently in the games I’ve watched this season? Or are u still deciding what kind of player paulinho is?

U said that u took off eriksen as he wasnt effective. Does he has to be with the ball to be effective? What if he has been pulling 3 players with him continuously? Wouldn’t there be space for someone else?

Did u see him gesturing to Townsend to move into his position in sync with him moving out in the first half? Can’t he be the decoy for ur team, holding at third of the field together with paulinho? Wouldn’t it then be surprising for the opponent to see dembele running forward with no one to pick him up? Or possibly, wouldn’t it be interesting if Vert were to run through blindsiding everyone into the box. Oh, cannot? Dembele cannot defend. He cant help Daws? And this was not trained? Not part of the repertoire of European genius tactics?

Probably not in the book of tactics are corners as well. Did someone pulled that out as a prank? (whole room laughed)

Oh, please sir, can I ask about shorty…sorry Defoe? No? He is your top goalscorer? Cannot touch? Cannot replace because it was his 350th appearance? Even though all he did was to stand along the lines of the 18yard box? Also cant ask how he missed the one on one when an 18 year old could score similarly at the other end? I skip the question then.

Were u are just hoping for the best like how the team have been doing in all the games. No penetration, never mind, just rack up the possession going sideways or send the ball back even though time was running out. This was intructed?

Is the international break proving a jinx for u? Yes? Ah yes. The lost against Fulham last year at White Hart Lane that cost Spurs the Champions League position. Thank you for reminding me.

What do you have to say to your supporters then? Ah ok, I will tell them to mourn for another two weeks.