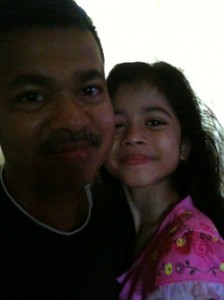 Eh Abah, you listening to this song again. Last night I heard this song playing. I thought it was Baijan. I told him “Shhhh” because you were sleeping. Then I saw you flipping the phone and the song played. After that I dont care anymore.

You know Adele sang this song. And you know that she won the 54th Grammy Award. [She went into a rendition] “…someone like you…I wish nothing but the best…”

Yeah, she sang this song and won the 34st eh 48th eh 54th Grammy Award. Then Abah, you know, this song appears in MTV. Abah you know her hair is white. Then her lips so thick one. Macam bubur. [Dont ask me ok, I dont know what it means.]

[This girl knows this song man! Im such a late bloomer. Anyway this is my favourite rendition that I have it on the loop!]