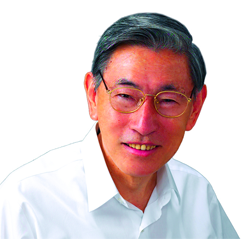 Scotland is Potong Pasir
Any of the GRC or SMC could have been Scotland because it exude the same crappy feeling. Granted that some of the candidates were not up to par, but how come the lost was across the country? What happen to our people champion Mr Low and Dr Chee?

I couldn’t be bothered to read the myriad of reasons for the major swing in the election.  If anyone had done so, and die die professing it to be the truth, then you are merely pacifying your hypocritical self. The fact is you are gutless.

So, for this movie, I would choose Potong Pasir for the feeling was more acute and poignant.

Noblemen and Countrymen are the Constituents
Not so noble after all as they were more interested in material gains, fighting over scraps of land that was given to them by the English. They will come out in droves to show force but action only. In the end they conceded once they were given their titles and lands.

Similar to Singaporeans. Thousands went for rallies to the point that it jammed the MRT, the first time MRT jammed and no one is complaining. Flags were raised, LED displays lighted the night and thousands chants their war cry. Macam world.

If anyone turns to you and tells you why the oppositions lost, like they know WTF is going on, you are looking at Judas himself. Lagi worse if you know he was one of the thousands that went to opposition rallies and hail Hitler. Tell them that they are bloody ball-less. Unless of course, you also same same, affirming these reasons while sipping your teh tarik to defray the awkwardness, then both of you can cup each other’s balls.

In the movie, the noblemen sat around their gigantic table in their castles munching their loaf of Swiss Bake bread to discuss how to get more land and who gets which land. While the villagers are merely numbers to farm, pay taxes and pitchforks when the time come to their noblemen’s battles.

I was told that Ms Sylvia lost heavily in Serangoon Central. Is this the sikit atas people? The same people that cause the downfall of the previous MP in 2011?

That one Mr Tan from East Coast got everything right till he drew the income divide. Does he think he should be treated better? His words carries more weight than we HDB dwellers?

Years ago I was at the neighborhood GP. This lady came in, stood in front the counter with his son demanding to be next to see the doctor. The receptionist told her that she has to wait for her queue as there were other patients. You know what she said? She told the receptionist to look at her address. She said Sunset Way. The receptionist remained steadfast and told her the same. The lady left in a huff with her son in tow. Baik punya example to the son. This income divide is rearing its ugly head.

I cant say for sure whether income divide had a hand in Potong Pasir but I know last election, Sennet Estate was it that cost the incumbent then. Today, maybe the constituents were probably happy with a supermarket and a bank.

Election Day is Battle of Falkirk
I couldn’t be bothered to stay up till the final tally. Last thing I watched was how dejected Kenneth Jeyaratnam looked. I never looked at him much before. Never considered him as a proper politician. Maybe his dad set the bar too high. But that night, that image when he appeared on television says it all. It was not only one of disappointment but this was more acute. This was ultimate betrayal. Betrayal experienced in all areas, all levels.

Reality is you dont have the temerity to stand up for what you want. Being a typical Singaporean, you got someone else to do your shit. But when the time came for you to help them give you what you want, u fed them to the dogs, u left them for dead. Pfft

Embattled Hero
Every movie must have a hero. In this movie, the hero had lead the fight for them in so many battles. He vowed to fight for justice, for equality, rallied his countrymen, telling them that they should reclaim their rights and not to scrap over meager titles and lands.

In the midst of battle of Falkirk, he once again fought off the first waves of enemies. Once the opportune time for the final push arrived, he summoned his next wave of noblemen and countrymen forward. Alas, to his dismay, they turned away and rode off. He looked crestfallen. He fell to his knees. As his life flashed before him, he was no longer thinking of freedom. He felt a surmountable feeling of betrayal.

Non fitting to portray this then the one that stumbles forward, willing himself to stand up to the podium no matter how physically devoid he was. Brave.

No one is more ideal than him to have given his life to fight for the people, to fight for justice, to help his people reclaim their rights even though it was an ardous task. Heart.